In Bidart we have had a Brotherhood, that of Chipiron since 1984, it's still something!

Here, the members of the Brotherhood have a mission, that of promoting gastronomy, but above all seafood.

And we can say that they put their heart into the work and do it well!

What exactly is a Brotherhood?

We tried to understand and in fact it is not very complicated, it is even very simple: it is a group of enthusiasts of gastronomy or oenology, whose objective - or even mission - to preserve, transmit and promote the local culinary heritage.

So we wanted to know more about the codes and customs of these Brotherhoods and we met Nicole and Marion de la Brotherhood of Chipiron de Bidart who are inexhaustible on the subject!

It is an annual meeting which takes place the weekend following Ascension Thursday. The Confraternities of France and the surroundings (yes there are even some who come from Portugal) are warned, this weekend there is the Chapter of the Confrérie du Chipiron in Bidart, in the Basque Country.

And each year, nearly fifty gastronomic brotherhoods meet on the Place Sauveur Atchoarena and which parade in ceremonial costume to the superb esplanade of the Sainte-Madeleine chapel.

At the end of the parade, place for the Induction ceremony with a very precise protocol: reading of the CVs of the applicants, tasting, taking of the oath, delivery of diplomas, dubbing by the Grand Master and signing of the guestbook.

Then, party and the pleasure of getting together, between gourmets, gourmets, in short, you will understand, between lovers of gastronomy.

What about the rest of the year?

The members of the Brotherhood of Chipiron are very active:

- they have a stand on the farmers' markets on Tuesday in season and offer canned squids in ink, or luzienne and delicacies from the sea (fish rillettes) all cooked and prepared in Bidart by the Grand Master of mouth of the Brotherhood. They also sell derivative products where the chipiron is the star (mug, jewelry, textiles, accessories,…);

- they participate in the events of the festive calendar of Bidart such as the carnival or autumn celebrations.

And ... as fervent defenders of good meals and conviviality, they make the rounds of Bidart restaurants and even drop off the Brotherhood sticker at restaurants they recommend.

So what does the recipe give?

So we suggest you go to the Brotherhood members' website to discover the squid recipes… Which they generously share!

If you want to know more, we strongly recommend that you listen to the episode of our podcast “the quarter of an hour bidartar” with Nicole and Marion from the Brotherhood of Chipiron?

Talking about cooking, that whetted our appetite, let's take a walk here: 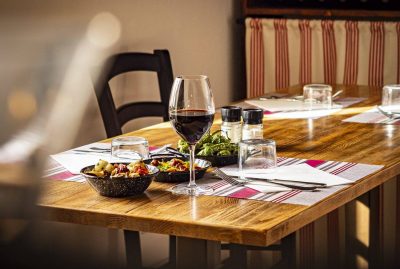